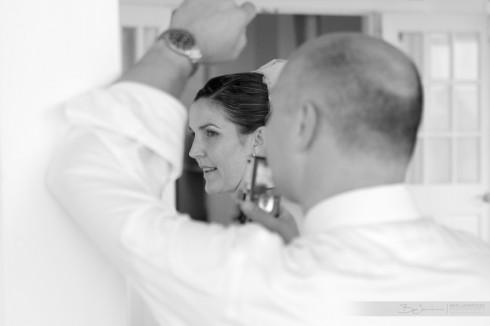 Last week took me over to Eleuthera, or more specifically to the little island at the very northern tip of Eleuthera known as Harbour Island, for Liz and John’s wedding.

When I arrived at 7am, the skies were blue, with the occasional fluffy white cloud drifting lazily by, but by midday, the horizon was black, and it was getting closer by the minute. I arrived at the Coral Sands, a very pretty beachside hotel, for some ‘pre-ceremony pictures of my couple getting ready and the first drops of rain began to fall. Within 20 minutes, we were in a downpour that looked to be setting in for the day. 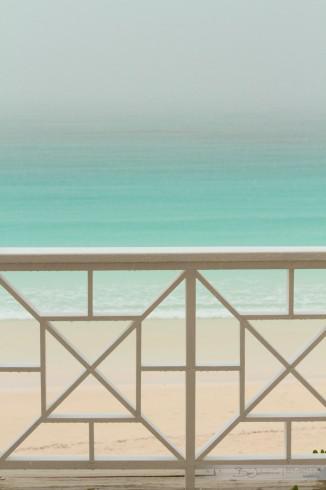 Liz and John decided to wait an hour past their ceremony time to see if the beach ceremony would be possible, but the rain was settling in, so the girls working in the hotel quickly went to work transforming a covered deck into the new ceremony site (and a great job they did too!) and it was on with the show! With a wedding party of, well, no one (they had decided it would be just them, with a big party when they return home), they were married overlooking the ocean, which still shone turquoise for them, despite the weather. 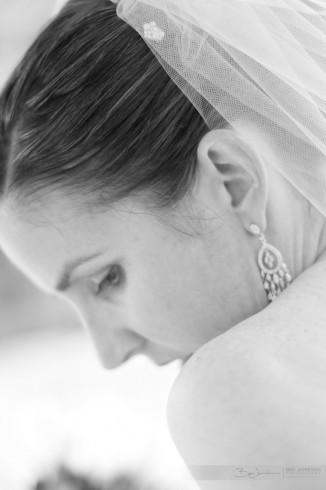 After another short wait (just enough time for the newly married couple to have a glass or three of champagne), we saw a break in the rain and hopped in golf cart to make our way to the other end of the island, where Liz and John were due for a romantic waterfront dinner later in the day.

Along the way, we stopped wherever we saw something that caught our eye; a dock, a cottage, a church… even a garage door, to take a few photos, before setting off again and praying the rain would stay away!

Our last stop was only a few feet from the restaurant itself – a place known locally as the “Haunted House”. One a huge colonial mansion, the building was destroyed by a fire, leaving only the old bare stone walls inside, and a nearly untouched pink front entrance – a perfect location for more photos!

Finally, it was time for cake cutting at the restaurant, watched by the patrons (who ordered more champagne for the couple), and with the sunset as a backdrop. I finished my work and left Liz and John to relax over dinner, and just as I left…. down came the rain!

A great day – and Liz and John, if you read this – you guys were awesome – you didn’t let the rain stop you, and we still made some wonderful images. Hope to see you again soon!

1 thought on “A Wedding on Harbour Island”