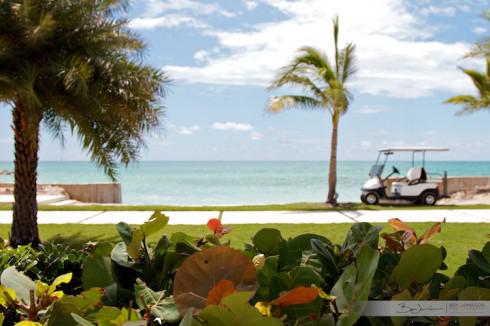 I started September with a departure from my normal wedding photography, this time being asked to shoot a high end real estate development in the Eastern area of New Providence.

The shoot was to convey a sense of the not-yet-finished development, and the images to be used in their showcase brochures and media pieces, so I focused on images that would convert a sense of the place, without showing the ongoing construction.

My other challenge was the weather, with threatening clouds looming not far enough away, I knew we were headed for a rainstorm, but had no idea how long we had before it arrived. What made it worse was that we had a boat booked to head offshore and get take some unique shots from the ocean – sadly, this part of the job was a write off, as the storm hit as soon as we were 20 feet off shore.

Back on shore, I wanted to get some interior shots, so I staged a table with some flowers one of the staff rustled up from around the property. Just as I was about to shoot the scene, an unexpected visitor popped out of the largest of the flowers, slowly climbed to the top and decided to pose for a couple of frames, before climbing down and heading off! A nice addition to the day’s shoot! 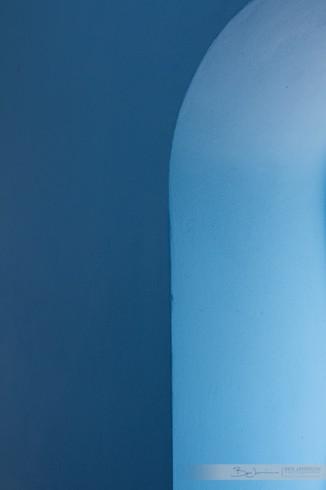 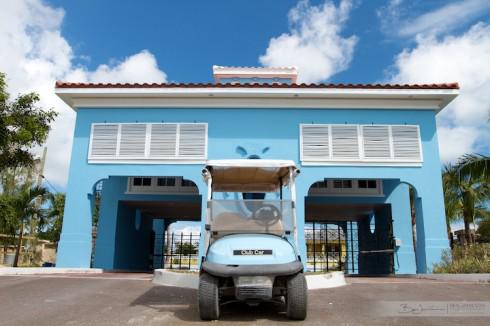 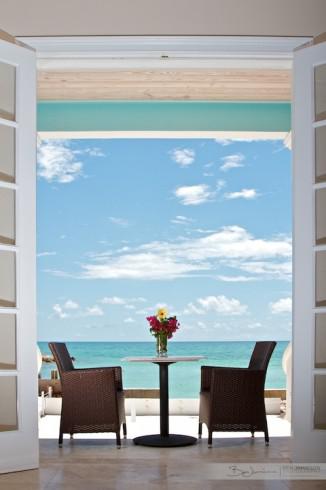 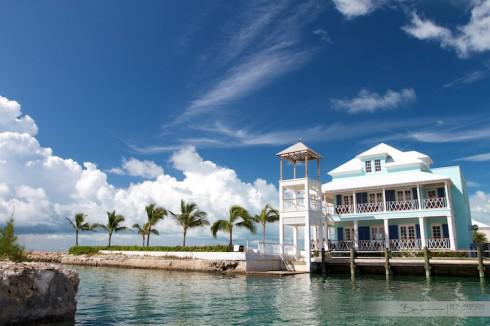 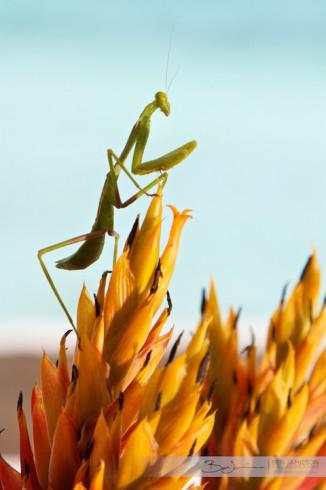