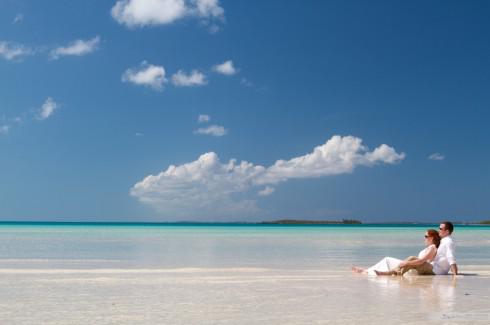 Audrey and Scott, both park rangers from in Tennessee, had planned a wonderful beachside wedding, with just their parents present, at a small cove north of Gregory Town. They asked me to do them the honour of photographing their wedding and a ‘day after’ shoot, so of course I jumped at the chance to head over to Eleuthera to spend a couple of days with them. 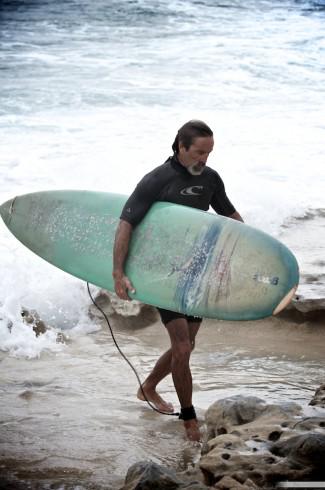 After a pretty brutal 4:30am start to my day, I arrived way too early to check into the Surfer’s Manor hotel, so stashed my luggage and took a 20 minute walk down to the famous Surfer’s Beach, armed with my 70-200m, just in case. 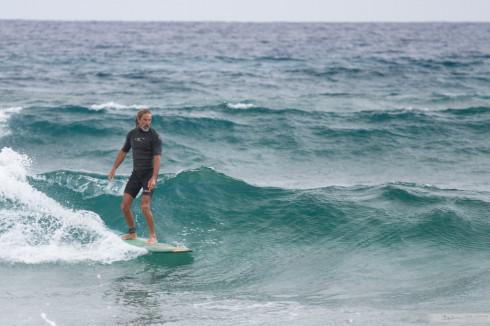 The rather rocky walk was well worth it, and I got to spend the next couple of hours shooting the 5 guys out there to catch some early morning waves. It almost made the hour long climb back up to the hotel seem worth it!

Finally settled in to my room with enough time to shower and change before heading over to meet the bride and groom across the road at the Sea Cliff, and awesome rental home perched on top of the cliff, with the most incredible view of the Caribbean sea stretching out before it. 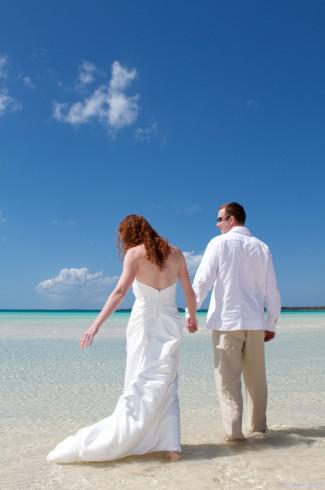 After spending some time scouting the property for fun locations and shooting the wedding preparations, we all headed off to a perfect little cove a few miles north. The sun was dropping and the light was beautiful as the couple exchanged their vows on the shore line in a simple yet quietly moving ceremony between a couple very much at one with themselves and each other.

The next morning, I picked up the bride and groom and we headed out to play! Traveling from the awe inspiring Glass Window Bridge down to Governor’s Harbour, we spent the day stopping wherever we saw somewhere that had potential, ending the shoot with a ‘Trash The Dress’ finale on a truly stunning expanse of beach just north of Governor’s Airport.

Now that was fun!

1 thought on “Trashing the Dress in Eleuthera”