Skip to content
My first wedding shoot of 2011 was certainly one to remember!

K & J planned their wedding through the awesome Powerboat Adventures here in Nassau. The Powerboat team run a day trip to the beautiful Exuma Cays, stopping along the way to see the endangered Allen’s Cay Iguanas, before a day spent on their private island, snorkeling, relaxing and feeding wild stingrays. 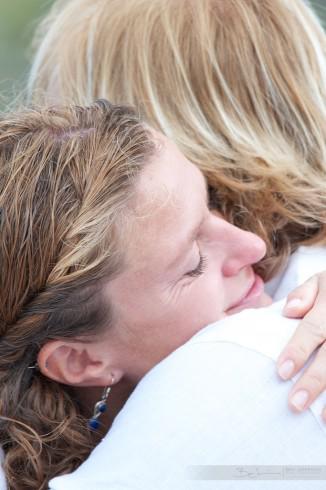 So at 8:30 in the morning, guests gathered at the paradise Island Ferry dock to board a high speed powerboat for the trip to The Exumas. Less than an hour later later, after skimming at 40mph across flat calm turquoise waters, the group were assembled on the tiny beach at Allan’s cay, all the while being watched suspiciously by the reptilian residents of the island.

K & J, who were moored off the island in their own boat, arrived by skiff for an intimate ceremony on the cay, followed by a few choice photo opportunities with the still-wary iguanas before it was time to head off once again by powerboat to Ship Channel Cay for the rest of the day, this time accompanied by the bride and groom’s delightful retriever, Roxy! 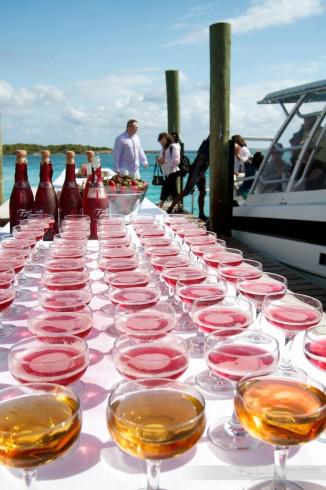 The rest of the day was spent eating, snorkelling, feeding stingrays, avoiding sharks and generally enjoying the island, with a tropical soundtrack provided by Marco Island’s J. Robert.

Late in the afternoon, the wedding party, family and guests reluctantly boarded the boat for the ride back to Nassau after a truly beautiful Wedding in Paradise…